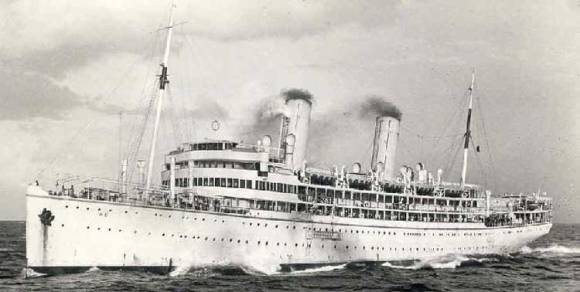 Less than a hundred years ago, Austria wasn’t a landlocked central European nation, but a large empire with a coastline stretching from Trieste in the north to modern day Montenegro in the south. During this period, ocean liners of  Lloyd Triestino plied back between Austria-Hungary and other locales throughout the Mediterranean, Middle East, India and Far East. Among those liners was the SS Wien, a 7,767 ton liner built in 1911 and named for the Austrian capital of Vienna. Upon the outbreak of World War I in 1914, the ship was requisitioned by the Austrian Navy for service as a hospital ship. During the war she served in both the Austrian and German navies until a mere ten days before Armistice Day. On November 1, 1918, Italian frogmen launched a mission that resulted in the successful sinking of the Wien.

Raised in 1921 and renamed Vienna, the ship returned to service as a liner and had her name changed yet again to Po – a name change which better reflected her post-war Italian ownership. The Po was again requisitioned for service as a hospital ship, this time for the Italian Regia Marina. On March 14, 1941 the Po was sunk by British aircraft in Valona Bay off the coast of Albania. Thus the ship suffered the ignominy of having been sunk in both World Wars.