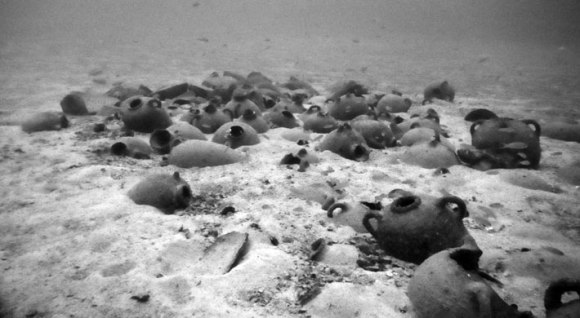 Several months ago, marine archaeologists located the wreck of an ancient sailing ship off the Maltese island of Gozo. Further work on the site revealed 20 grinding stone along with 50 amphorae, an ancient piece of stoneware used to transport liquids and semi-solids. Although the wreck was discovered several months ago, the archaeological team just revealed the identity of the cargo as being Phoenician stoneware and grinding stones. University of Malta researchers believe the wreck was traveling between Sicily and Malta when it sank around 700 BC. Situated at nearly 400 feet below the surface, the wreck is at the outer limits of diving equipment. The team believes there may be more artifacts yet to recover and plan to continue working on the undisclosed site.

The Loss of the Szent Istvan

On the night of June 9, 1918, the Austro-Hungarian Navy dispatched a task force of two dreadnoughts from their naval base at Pola to loosen the strangle hold the Allied navies had on the Austro-Hungarian coastline. The two dreadnoughts, Svent Istvan and Tegetthoff were to rendezvous with two other units and engage their Italian counterparts the next day. Unfortunately for the Austro-Hungarians, two Italian patrol boats spotted the Svent Istvan and Tegetthoff as they steamed down the coast early in the morning on June 10. The two patrol boats launched a torpedo attack on the two vessels and one of the boats, MAS 15, successfully struck the Szent Istvan with two torpedoes amidships.

The Austro-Hungarian crew worked frantically to repair the damage, but were unable to control the flooding either via counter-flooding or plugging the holes. The ship quickly lost power as the boilers were doused by the rising seawater. Despite additional efforts to ground the ship and to keep the ship aright by swinging her turrets around, the ship capsized three hours later and plunged to the bottom of the sea. Due to its having taken three hours to sink, the death toll was relatively low with only 89 crew members losing their lives. With its sinking, the Svent Istvan gained the ignominious distinction of being the only dreadnought to have been caught on film while sinking during World War I. 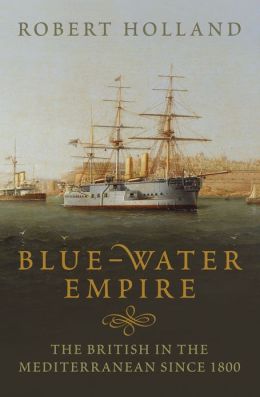 is a phenomenal history of British engagement in the Mediterranean world from 1800 to the present. Holland takes the reader around the entire circumference of the Mediterranean from Gibraltar to Malta to the Ionian Islands to Cyprus to Suez and leaves the reader struck by the influence the United Kingdom exerted in places many could not even locate on a map. Instead of focusing explicitly on social, political, military, diplomatic or economic history, Blue-Water Empire masterfully weaves them all together to present a comprehensive account of Great Britain’s strategy (or lack thereof) in colonizing and policing the Mediterranean over the course of three centuries.

Perhaps the most interesting aspect of the book is how Great Britain’s actions in the Mediterranean continue to echo today. For example, Holland carefully analyzes the trajectory of Cyprus under British rule and the air fields retained by the United Kingdom after her political withdrawal from the island. Those same air fields at Akrotiri and Dhekelia have been used as staging grounds for any action against Syria in 2013 or 2014. Also addressed in the book is the perennial question of how best to deal with the flood of refugees that accompanies unrest in North Africa or the Middle/Near East. Not only has the Arab Spring resulted in the destabilization of the region, but it also has driven refugees to seek asylum in places like Malta and Italy. Tragically, many of those refugees have died en route as their vessels are overcroweded and unseaworthy and subsequently sink.

Overall, Blue-Water Empire will not only entertain the casual reader, but will also inform the curious as to some of the origins of today’s headlines.

Sinking of the King Farouk

and the snatching of Adolf Eichmann

from Argentina. Less well known, though, are the naval commandos of Shayetet 13 who scored their first major victory on October 22, 1948. As a cease-fire loomed between Israel and Egypt, the Israeli Navy identified an opportunity to destroy the flagship of the Egyptian Navy – the King Farouk. Built on the River Clyde in Great Britain the King Farouk had spent ten years as a passenger ship before being converted into a warship in 1936 for the Egyptian Navy.

Lacking the resources and time to build a traditional blue-water navy, the Israelis decided to create a small group of special forces capable of pinpoint attacks. This force, which later became Shayetet 13, procured explosive motorboats from the Italian Navy. The boats had been developed for Italy’s highly successful frogmen during World War Two and were an off-the-shelf solution to creating an Israeli navy from thin air. Designed to explode upon impact, the boats would be vectored to their target by commandos who would abandon ship just prior to detonation. After only a few months of training, the commandos were thrust onto center stage as the King Farouk and an Egyptian minesweeper sailed into waters where the ships were particularly vulnerable to attack.

After heated internal debate about whether or not to attack with the ceasefire agreement looming, the Israeli mother ship was ordered to a point where it could release the small craft. After a short sprint down the Gaza coastline, the Israeli assault boats began their attack on the King Farouk and the accompanying minesweeper. Both ships were successfully struck and within five minutes the King Farouk was lying on the bottom of the Mediterranean. Although not widely publicized at the time, the sinking of the King Farouk and crippling of her accompanying minesweeper put the Arab world on notice that the Israeli Navy was a force to be reckoned with. 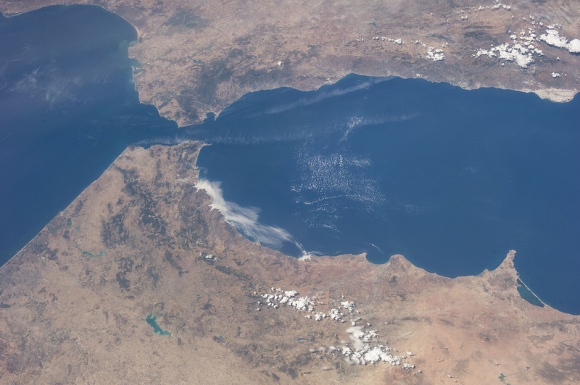 The outbreak of the Spanish Civil War in 1936 found many of the troops loyal to the Nationalists not in Spain proper, but across the Strait of Gibraltar in Spanish held Morocco. Hoping to bottle up these forces and pave the way for an easy Republican victory, Republican naval forces established a blockade off the Moroccan coast. Realizing the importance of breaking this blockade, the Nationalists dispatched two cruisers, the Almirante Cervera and Canarias to sink or drive off the Republican forces.

Early on the morning of September 25, 1911, the citizens of Toulon were awakened to a series of violent explosions that rocked the city’s naval base. Four small explosions followed by a massive fifth one aboard the French battleship Liberte rent the ship asunder. Wreckage from the ship was hurled as far as a mile away and several small craft in the harbor were damaged or sunk.

In total 250 men lost their lives in the disaster including the commander of a vessel anchored a mile away. Subsequent investigation (this was only the latest in a series of disastrous explosions over the last four years) found that the fire was caused by defective “B” powder. The same powder caused explosions aboard the battleship Patrie that thankfully were not fatal to the vessel.  In addition to destroying the Liberte, the explosion put three other battleships out of commission for an extended period: the Verite, Republique and Democratie. The wreck of the Patrie remained in Toulon harbor until the mid-1920s when it was broken up for scrap. 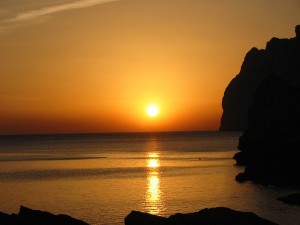 The largest island in Spain’s Mediterranean Balearic island chain, modern day Majorca is a popular tourist destination; however, for several weeks in 1936 the island was the site of fierce fighting between Nationalist and Republican forces. On August 16th, 1936, a Republican naval squadron landed a force of 8,000 accompanied by heavy artillery at Punta Amer and Porto Cristo on the island. Over a period of 10 days, the Republicans forced their way 12km inland and vastly outnumbered the small ~2,000 man Nationalist garrison. Italian reinforcements arrived to bolster the faltering Nationalist forces and soon the Republican forces were in full retreat. By September 12th, the last Republican troops had abandoned the island and no further attempts would be made to retake the island. Majorca would remain firmly in Nationalist hands until the end of the Spanish Civil War.

Battle of the Nile

The boy stood on the burning deck

Whence all but he had fled;

The flame that lit the battle’s wreck

Shone round him o’er the dead.

Two hundred fifteen years ago today, Admiral Horatio Nelson pounced upon the French fleet in Aboukir Bay, Egypt. By early morning the next day, Nelson and his fleet had captured or destroyed nearly every French ship and ended Napoleon Bonaparte’s dreams of a French Egypt and the destruction of Britain’s colonial holdings in India. Alternatively called the Battle of the Nile or the Battle of Aboukir Bay, the action would later be immortalized in the poem Casabiana by Felicia Dorothea Hemans, the first stanza of which is above.

For two months in the summer of 1798, Nelson fruitlessly tracked the French fleet across the Mediterranean. Meanwhile, the French used the time to capture the island of Malta and land an army of troops and scholars in Egypt. Although the French troops eventually were defeated, the scholars scored a victory for the ages when they discovered the Rosetta Stone.

The Fog of War & the USS Liberty 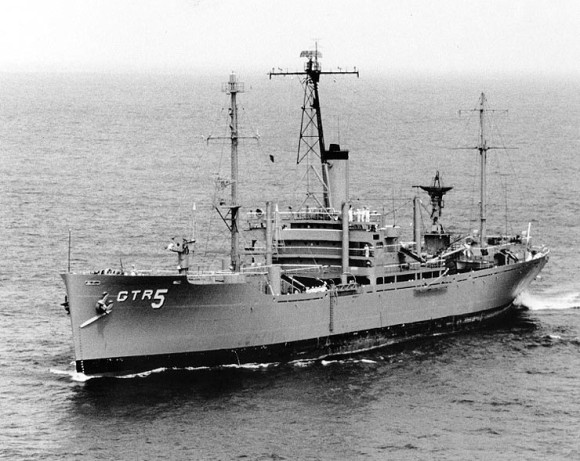 Today marks the forty-sixth anniversary of a tragic and deadly encounter between the US Navy and the Israeli Defense Force. Four days into the Six-Day War, the US Navy intelligence ship USS Liberty was operating off the coast of the Sinai Peninsula. The ship had been ordered to withdraw from the area, however, miscommunication had resulted in the ship keeping its station in an area hotly contested by Israeli and Egyptian forces.

Mistaking the vessel for an Egyptian warship, the Israeli Air Force and Navy launched an attack on the ship which left 34 American servicemen dead and 171 injured. In the years since the attack, anti-semites and conspiracy theorists have used the attack to paint the Israeli state as an enemy of the United States and a perpetrator of an assault on an unarmed vessel. Numerous investigations have refuted these allegations and, indeed, it would have been against Israeli interests to alienate the United States as the Israeli people faced threats from all sides. Ultimately, miscommunication and the fog of war resulted in a tragic loss of life and only fueled the fires of those who seek to wipe the nation of Israel from the map.

The Loss of Kilkis & Limnos

On April 6, 1941, the Axis powers launched Operation Marita – an all out invasion of Greece. Two weeks later, on April 23rd, the Luftwaffe dispatched a swarm of Ju-87 dive bombers to strike Greece’s principal naval facilities at Salamis. Caught in port during the raid were the obsolete Greek battleships Limnos and Kilkis. The ships had originally been built for the US Navy in the early 1900s and were sold to Greece in 1914. At the time of the raid, Limnos was merely serving as a floating barracks; however, Kilkis had found more gainful employment as a floating battery to support Greek ground units. The Luftwaffe strike force made quick work of the battleships and by the end of the raid both were resting on the port’s shallow bottom. Following the war, both ships were salvaged for scrap.