The Bombing & Sinking of the Training Ship Cornwall 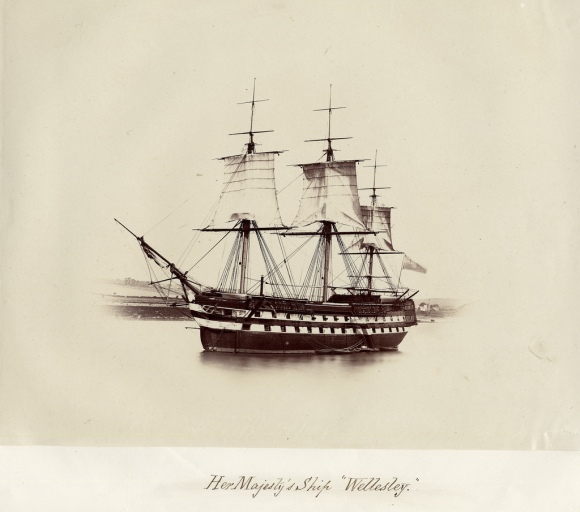 As bombs rained down on London, Liverpool and other British cities during the dark days of the Blitz, one bomb not only made waves, but also revealed that truth is often stranger than fiction. Floating on the River Thames on the night of September 23, 1940 was the training ship Cornwall, a former British wooden hulled ship of the line converted to training duties for youngsters. During that night’s Luftwaffe raid, though, the ship was severely damaged and eventually sank to be refloated and broken up for scrap in 1948. In sinking, the ship became the last Royal Navy ship of the line to be lost to enemy action as well as the only one to be sunk in an air raid.

Although the Cornwall met a rather ignominious end at the bottom of the Thames, the ship was once a jewel in the British fleet. Laid down in 1812 and commissioned in 1815 as HMS Wellesley, the ship was built out of teak which made her incredibly resistant to rot. The ship spent much of her time in active service in the Indian Ocean and Far East. In 1839, the Wellesley led the successful attack on and capture of Karachi and was subsequently heavily involved in the First Opium War. By 1854 the ship was retired to guard duty and was opened on May 5, 1859 as a reformatory ship for 260 boys under the School Ship Society. The next 80 years saw her continue in this role as she bounced between ports in the UK. Sadly, the ship was the subject of some scandal when, in 1903, seven boys contracted typhoid from cheap blankets that had been sold to the ship unwashed and infected by army hospitals. 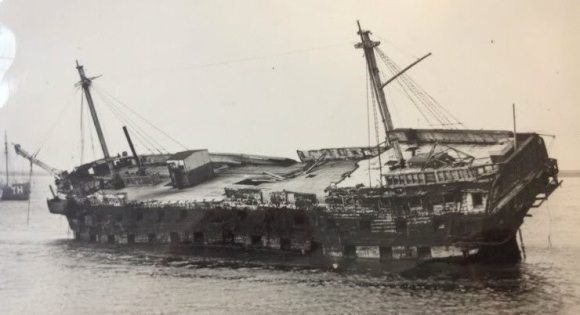 TS Cornwall Bombed Out By Luftwaffe