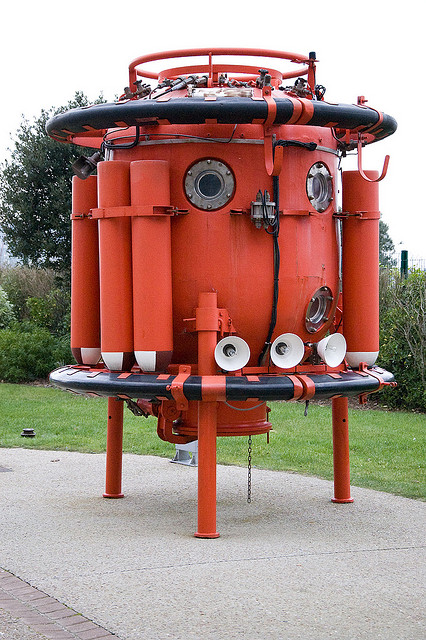 A week ago the anchor handling tug Jacson 4 sank in heavy weather off the coast of Escravos, Nigeria. Divers were able to recover 10 bodies from the wreck, however, the ship’s cook Okene Harrison remained missing. Two days after the vessel’s sinking, divers located Mr. Harrison alive and well in one of the ship’s compartments. Miraculously, Mr. Harrison had survived nearly 48 hours on the oxygen trapped within the compartment.

Complicating his rescue, though, was the fact that his body had normalized to the pressures of the environment 90 feet beneath the surface and a return to the surface without equalizing the pressure would result in death from the bends. Donning a diving helmet, Mr. Harrison moved to the safety of a diving bell (similar to the one shown above) where it took a further two days underwater for him to decompress and return to the surface. As of May 31st, Mr. Harrison was recuperating and responding well to treatment after his providential recovery.