“I Really Do Not See The Signal” 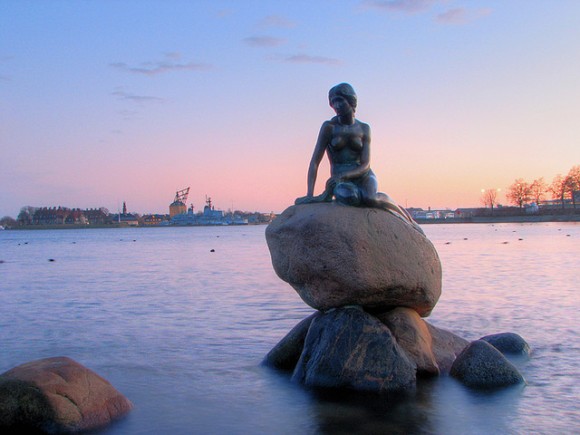 In early 1801, the Royal Navy dispatched a fleet to the Kattegat to break up the League of Armed Neutrality – an alliance of nations helping to supply the French Revolutionary government which was at war with Britain. After much debate between the fleet’s two senior commanders, Admiral Sir Hyde Parker and Lord Nelson, the decision was made to destroy the Danish fleet by launching a daring assault on its Copenhagen anchorage. Destruction of the Danish fleet would secure British access to Scandinavian timber and render much of the Baltic Sea a British lake.

After personally reconoittering Copenhagen’s harbor, Admiral Nelson sailed his force into the teeth of the Danish fleet’s well-prepared positions. Disaster struck quickly as three British ships of the line (Agamemnon, Bellona and Russell) ran aground on the Middle Ground sand bank. Lord Nelson ignored this setback, though, and his ships began pounding the Danish line with devastatingly accurate fire. Despite being ordered to retreat by Admiral Sir Hyde Parker, Lord Nelson continued the battle and ship by ship the Danish guns fell silent. Approximately four hours after the battle began, a ceasefire was agreed upon and twelve Danish ships were turned over to the Royal Navy in addition to three more lost to British gunfire. Only one of the prizes was kept afloat and the British victory signalled the beginning of the end for the League of Armed Neutrality. 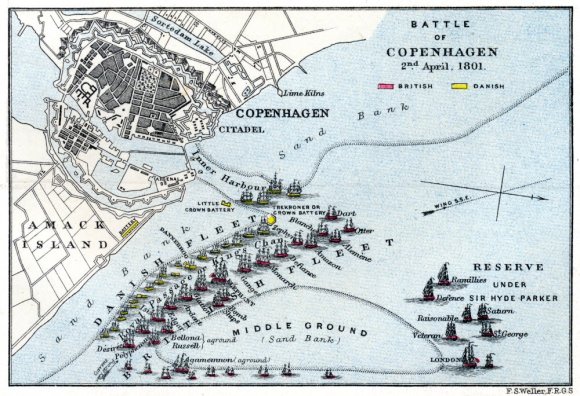 Lord Nelson not only earned his Viscount title as a result of the battle, he also enhanced the Nelsonian myth by refusing to withdraw despite Admiral Sir Hyde Parker’s orders. Legend has it that Lord Nelson raised his telescope to his blind eye to read Parker’s signal and remarked “I really do not see the signal” and therefore would continue the battle. Regardless of the truth of the tale, Lord Nelson’s actions once again proved legendary.