The Battle of Santo Domingo 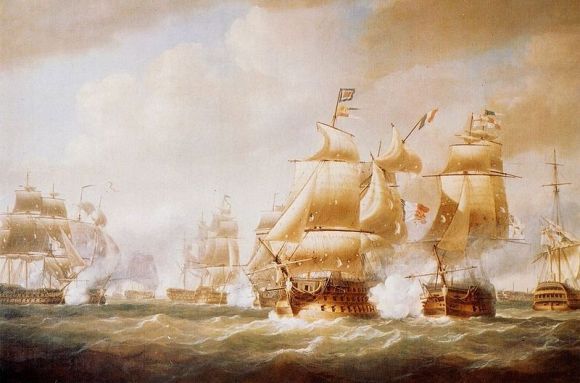 After the defeat of the French fleet at Trafalgar on October 20, 1805, the British Admiralty pulled back its close blockade of the primary French naval base at Brest. Sensing an opportunity to wage war on the British merchant fleet, Napoleon dispatched two naval squadrons to the West Indies. Ordered to prey on merchant shipping and avoid engaging naval forces of equal or greater strength, the two squadrons weighed anchor for the West Indies and escaped initial detection by the Royal Navy.

The victory at Santo Domingo made Admiral Duckworth a hero in Britain and signaled the end of any effective offensive capability by the French Navy. As a random historical side note, author Jane Austen’s brother Captain Francis Austen, served at the Battle of Santo Domingo as captain of the 80-gun ship of the line HMS Canopus. Austen weaved the battle into the background of a character in her book Persuasion. Canopus’ successor would later fight farther south during World War I at the Battle of the Falklands when another belligerent raiding squadron was annihilated by a Royal Navy squadron.