Venice’s Deadlier Side – The Battle of Lepanto 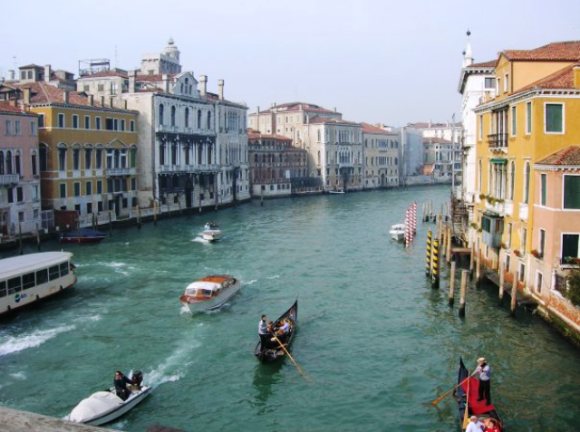 Today, Venice is best known for its graceful gondolas and idyllic streets of water, however, for several centuries it was a powerful city-state which exerted economic and political control over a large swath of northern Italy and the Adriatic Sea. Perhaps the Republic of Venice’s greatest accomplishment was on October 7, 1571 when naval forces led by Venice’s Doge Sebastiano Venier defeated Ottoman forces at the Battle of Lepanto.

For nearly a hundred years the Ottomans had waged an off and on war against various Italian city-states and the Kingdom of Spain. Prompted by the capture of a Venetian colony on the island of Cyprus, the Venetians and their Christian allies assembled a force of 212 galleys and galleasses to launch a punitive expedition against the Ottomans and free the imprisoned colonists. The Christian and Ottoman fleets encountered one another in the Gulf of Patras on October 7th and immediately engaged in combat. Although outnumbering the Christian fleet by nearly 40 ships, the Ottoman forces were decimated by the superior guns and seamanship of the Christian fleet. The Christians captured approximately 130 ships and destroyed another 80 while losing only 50 of their own with 1 captured by the Ottomans. Additionally, the Ottomans suffered 20,000 casualties to the 7,500 lost by the Christian fleet and more than 10,000 imprisoned Christian rowers were freed from slavery.

The battle was one of the most significant naval victories in history and marked the high-water mark of the Ottoman Navy. No longer would Venice or any of her sister Italian city-states be existentially threatened by the Ottoman Empire. Venice reasserted her economic dominance of the region, however, changes in technology and trading routes eventually led to the city’s graceful dive into impotence. The city lost her independence in 1797 when Napoleon Bonaparte captured the city and she became a pawn in European geopolitics for the next 80 years until her incorporation into the Kingdom of Italy in 1866. Today though, there are growing calls for Venetian independence amidst the Eurozone crisis and continuing Italian austerity.

The Battle of Lepanto has been honored by the naming of two ships in the Italian Navy after the battle. The Genoese commander of one wing of the Christian fleet, Admiral Andrea Doria, became one of Italy’s most famous naval heroes and is perhaps most associated with the wreck of his namesake, the Italian liner Andrea Doria, which sank after colliding with the Swedish ship Stockholm in 1956.